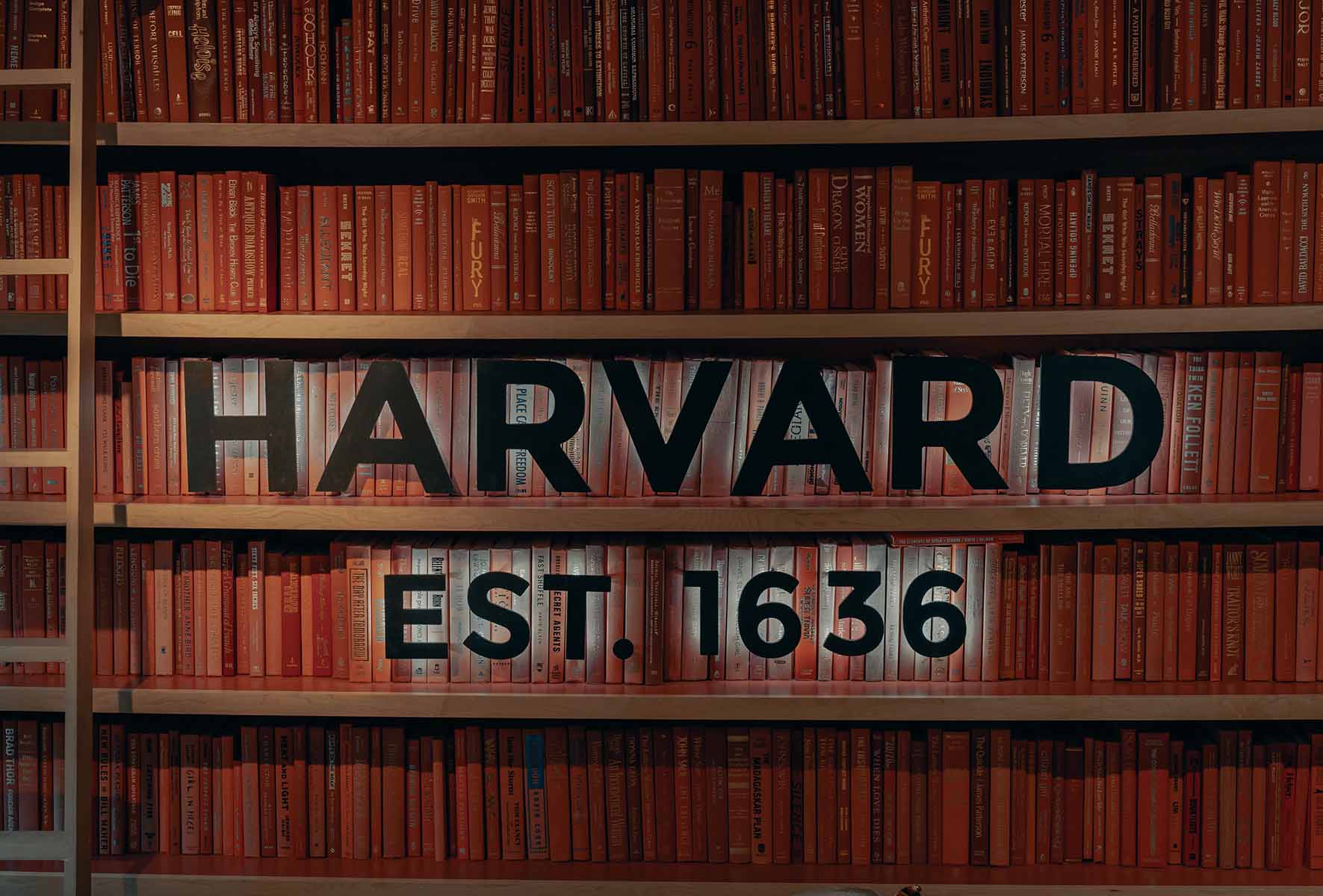 A Generic Critique of Michael Porter

A Generic Critique of Michael Porter

Michael Porter is inarguably one of the most prominent strategic thinkers in history. He has published twenty books, is a six-time winner of the McKinsey Award for the best Harvard Business Review article of the year, and his Competitive Strategy, first published the year I was born (1980), is the most cited work in business discourse to date. That is not to say that he was the first to discuss the dynamics of competition – as I detailed in Strategy in Polemy, the comparative and competitive nature of business strategy can be traced back at least to the 19th century – but it is undeniable that few have had a similar impact. If there were a Mount Rushmore of strategy, Porter would be on it.

Central to his theory of strategy-making is that, as a result of the aforementioned competition, the only way to achieve above-average profitability is by creating a sustainable business advantage (a conclusion that prima facie makes sense; advantages can only exist relative to a baseline). In the world according to Porter, there are also only three (generic yet different) ways of doing so: cost leadership, differentiation and focus.

Cost leadership is a strategy that should only be attempted if a company has, or has the ability to obtain, the means with which to be the lowest cost producer in its industry. For obvious reasons, the nature of said means can vary (from economies of scale to technological superiority, organizational efficiency, preferential access to raw materials or whatever else), but they will only ever lead to one of two things: lower cost inputs or lower cost processes. Inherent in the concept is also that it is limited to one firm per industry and time.

Given how habitually academics and practitioners alike misunderstand the cost leadership strategy, it is important to emphasize that it does not equal a lowest priceposition. Rather, the efficacy of the approach is based on the ability to command prices in proximity to the industry average, as this allows the cost leader to enjoy above average profits through above average margins. In other words, while being the lowest cost producer clearly provides a positional advantage in the event of a price war, it is not necessarily in the company’s interest to start one. In fact, one might even go so far as to argue that differentiation should not be in the strategic conversation at all, as all things being equal means profitability superior to that of the competition – the entire point of the exercise in the first place!

Speaking of differentiation, its central premise (as I am sure most will be aware) is that firms should seek to be unique within its industry along some dimensions that are widely valued by buyers. In theory, this can be done in any of many ways, and works best when the target audience is not price-sensitive (given the additional associated costs), has special needs that are underserved, and the firm has a capability to serve those needs in ways that are difficult to copy (lest the advantage created might be no more than transient).

Finally, focus is the decision to target certain segments to the exclusion of others. The approach is different from differentiation in that it is narrower; while the latter includes widely valued dimensions across an entire industry, the former concerns itself only with those valued by a particular target audience or niche. The same (industry vs segment) is also true for cost leadership, although this point rarely leads to the same confusion.

Any organization that fails to compete on the basis of at least one of the three generic strategies risks getting ‘stuck in the middle’ and, according to Porter, inevitable demise.

Chief among my concerns is that, once again, we find ourselves in a situation where theory fails to match reality. In practice, as correspondence re-analysis of Porter’s original claims by Byron Sharp and John Dawes has proven, similar generic strategies tend to provide vastly dissimilar results. Either small differences would thus have had to have caused large differences or unobserved factors massively impacted the outcome.

By now this should be entirely unsurprising; as repeatedly established, markets are complex adaptive systems. In complexity, not only is there such input-output asymmetry, but identical approaches yield different results as no two contexts, even for the same company, will be alike (remember, contexts are ever changing). Competitors respond, the financial climate changes, new products enter the marketplace, new technological breakthroughs are made, pandemics happen and so forth. By definition, any attempt to create a context-free rule is therefore doomed from the outset.

Of course, one might counterargue that Porter’s generic strategies make no such claims (even though there clearly is a clue in the name), but that they are all about context. After all, a unique position (which differentiation, cost leadership and focus would all involve) is always defined relative to something else.

But it amounts to something a lot more difficult in practice than on a page. While the suggestion that strategists would have the ability to unearth unique positions by looking into their competitors’ inner workings undoubtedly is flattering, it is also, shall we say, somewhat unlikely; most employees have enough trouble trying to understand their own strategy, let alone those of the competition.

The inconvenient truth is that unique competitive positions – and the supposedly perpetual business advantages that would follow – are found much more frequently in blog posts, column inches and business papers than in the real world. Few business models are genuinely original when introduced, instead old models either with new tweaks or taken into novel contexts.

Although this does not necessarily disprove Porter (a generic strategy taken into a novel context is very much part of his argument), history tells us that markets eventually converge; companies sooner or later adapt to a dominant design as the industry matures. This too is to be expected. While every company will have a unique history, talent combination and so forth, they also tend to have access to the same kind of technologies, same kind of processes, same kind of products and same kinds of people with the same kinds of training from the same kinds of schools. When those people move on to their next jobs, they are very likely to stay within the industry in which they have experience, ensuring further cross pollination. And if something is proven (or believed) to work, it will inevitably be attempted to be repeated.

Differentiation also explicitly hinges on the customer’s ability to perceive the uniqueness; if they are unable to, logically, a company pursuing such a strategy cannot be successful. This unavoidable conclusion has been rather damaging to strategic discourse as it leads to claims to the effect of ‘differentiate or die’, particularly in light of more recent empirical evidence. As Ehrenberg, Romaniuk and Sharp demonstrated in Evidence Concerning the Importance of Perceived Brand Differentiation, customers seldom consider brands to be different or unique, but more or less the same within their category (brand perception scores are exceedingly similar). One might therefore surmise that differentiation would not be the reason for purchase. A product feature implemented does not automatically mean a product feature recognized, prioritized or valued.

Clearly, the idea that one can delimit competition by design only holds to a point. Industry wide differentiation is one thing on a page or computer screen, another in reality, and focus differentiation suffers from a similar problem; simply naming a market segment does not make it exist. A manufacturer of individually wrapped, chocolate coated candy, say, does not merely compete with producers of identical confectionary, but a myriad of firms within a broader category (duplication of purchase law also states that it will share its customer base with other brands in line with their respective market shares). To make matters worse still, other categories can provide competition too; all kinds of products and services can cover the same need and be sold across geographical markets.

Consequently, the competitive set against which companies strategically position themselves inevitably ends up being significantly wider than they would like it to be and perpetually in motion. Attempting to limit this competition by narrowing it down in a strategy document does not magically make it possible to do so. If it did, every company would be able to be differentiated or a lowest cost producer within their imagined niche. Or to put it differently, the quickest way to achieve above-average results is to only compare oneself to companies that match up unfavorably. However, it does not provide an accurate picture, nor does it make the organization great (or profitable).

In conclusion then, if we are to wrap this newsletter up, the most impressive thing about Porter’s work referenced is how immensely successful it has been despite a worrying lack of underlying evidence and, occasionally, logic. Obviously, his CV is by no means limited to competitive strategy, and it would be utterly infantile to dismiss his contribution to the general strategic discourse. I would, for example, not go as far as Peter Gorski who once famously claimed that ‘even a blindfolded chimpanzee throwing darts’ at Porter’s models would be able to select a business strategy that performs ‘as well as that prescribed by Dr. Porter and other high-paid strategy consultants’. But for the purposes of the strategic ambition, his generic strategies simply do not hold up.